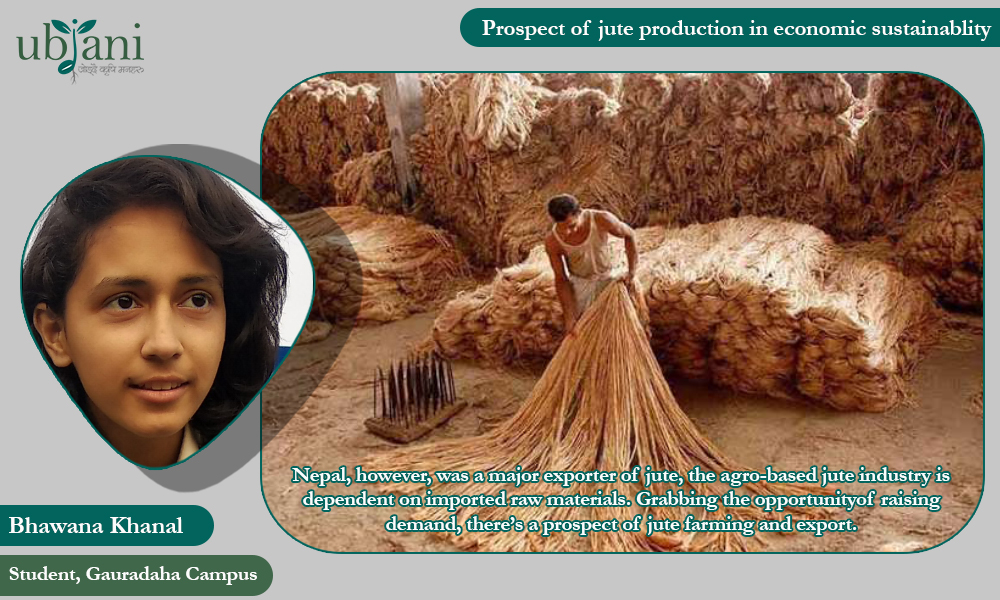 Jute is a natural fiber popularly known as the “Golden Fiber”. Jute fiber comes from the stem of an herbaceous annual plant ‘Corchorus’. It is a long, shiny, and fibrous plant whose fiber is used for burlap, bags and string, and much more. It is the second in the world’s production of textile fibers after cotton. India is leading the production of jute worldwide followed by Bangladesh and China.

Nepal ranks 5th in raw jute production globally. According to Statistical Information of Nepalese Agriculture, 2075/76, Morang district is leading the raw jute production followed by Sunsari, Jhapa, Saptari, Siraha, and Ilam with the national production of 10,585 mt with productivity 1,453 kg/ha annually. The eastern terai is considered best to grow jute in Nepal since it favors the alluvial or sandy loamy or clayey loamy soil and warm and humid climate, temperature ranging from 24˚C to 30˚C. The recommended varieties of jute in Nepal are Itahari-1 and Itahari-2.

Jute used to be a major part of Nepal’s export. Nepal used to be the major exporter of jute to Europe and the golden fiber was one of the major sources of foreign exchange. But in recent years, Nepal has been unable to export the raw jute, instead, a large amount of raw jute is imported from India and Bangladesh.

Jute is a very labor-intensive crop and has decreased in production quite drastically in recent years because the competition for arable land is rising and jute often comes second to more efficient and profitable crops due to its unstable and low price, unavailability of quality jute seed, limited irrigation water at sowing period, labor shortage during peak season, lack of retting water/retting pond and so on.

Opportunities to look after

2. Jute is a biodegradable natural fiber, which is why the United Nations wishes to increase the use of jute fiber instead of synthetically made plastic fiber. In recent years, with the push of environmental stability, export potential, and market demand for golden fiber have risen.

3. This eco-friendly crop usage was confined to the packaging industry. Today, non-traditional or diversified uses of jute as jute yarn, jute geotextile, jute pulp and paper, jute composites, culinary and medicinal uses, and other jute diversified products seems to be the main driving force for the future development of raw jute and pushing demand.

Assets of the jute plant

1. Studies have shown that 1-hectare cultivation can absorb up to 15 tons of CO2 and release 11 tons of O2 during the jute growing process (about 100 days); benefit for our environment and planet, for green and sustainable development.

2. Golden fiber is the best alternative to stop toxic wastes. Plastic bags are being substituted by jute bags, to prevent the environment from pollution and it can lower the burden from natural oil reserves as it substitutes the plastic.

3. Jute crop requires fewer fertilizers, herbicides, and pesticides compared to cotton crop and jute leftovers have the property to improve the soil texture and increase the soil fertility which can be beneficial for the following crops.

4. Every year hundreds of thousands of trees are cut for the paper and furniture industries. If we opt for bags and furniture made of jute, we may save millions of trees and contribute to ecological balance on the planet.

5. Jute has a high capacity production and less time to harvest than cotton and even more sustainable than cotton since it needs less water, maintenance, and chemical inputs.

6. Besides fiber production, the leaves of the jute crop are used for culinary and medicinal purposes. Jute leaves are said to be a good source of beta-carotene and are said to contain iron, protein, vitamin A, C, and E, thiamin, riboflavin, niacin, and dietary fibers. Also, they have anti-inflammatory properties.

The agriculture revolution is the channel to the economic stability of Nepal. The export of agricultural goods and raw materials ensures a boost in the economy. Nepal, however, was a major exporter of jute, the agro-based jute industry is dependent on imported raw materials. Grabbing the opportunity of rising demand, there’s a prospect of jute farming and export.

However, fluctuating and low price and labor-intensive nature of crop may be the prime cause of a decline in the interest in the young agro-minds. Imports of raw jute could be cut off and the urge to engage in jute production could be raised if the government provides subsidies to Nepali farmers to expand jute farming and include jute production in the priority list of agricultural development.

The route for agricultural revolution is possible with jute production. All that needed is a little focus, little awareness, and little priority towards it. 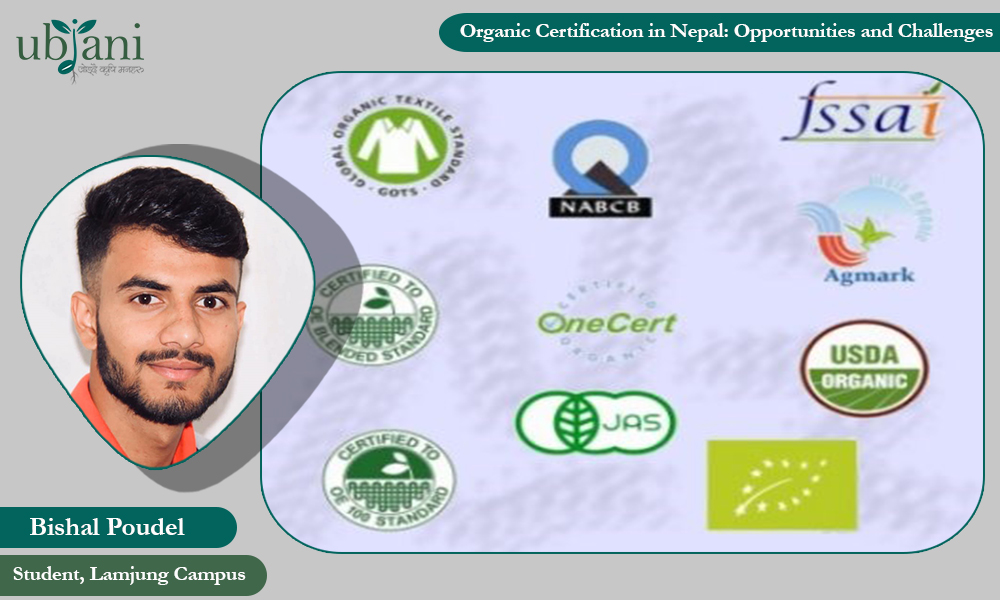 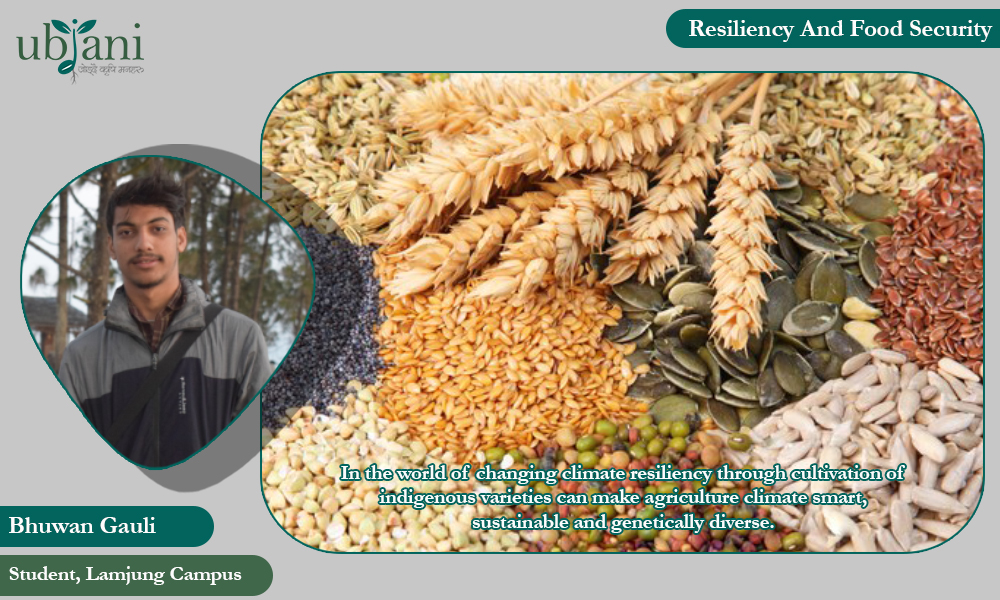